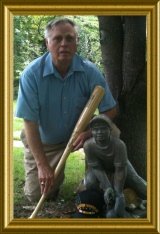 It has a historical perspective, dating back to 1933, when Arch Ward, a sports editor for the Chicago Tribune, pushed for the event at Comiskey Park to coincide with the celebration of Chicago's Century of Progress Exposition, as a means to help Americans deal with the Great Depression and to try to maintain and build interest in baseball.

It has been played every year since and has become a favorite of true followers of the game for it marks the mid point of the season. The All Stars 2010 or any season for it sets the stage for teams battling hard down the stretch run for the pennant.

The DH has been adopted for the All-Stars 2010, regardless of whether it is in an NL or AL park, which is fine because it provides fans a chance to see more at-bats from sluggers.

Every team has at least one player. And every player has a chance to affect an All Star Game.

National League wins All Stars 2010 score of 3 -1 Brian McCann reserve catcher Atlanta Braves drove in all three National League runs with a double. History repeats as a reserve player on the team with one crack of the bat drives in all three runs wins game and is MVP.

"I Dearly Love A Good All Star Game with all those star spangled boys of summer escaping the unemployment lines here in sunny west coast of beautiful California."

"Too be totally truthful that home run hitting thing they do a day or so before the actual All Star Game sure gets next to my skin it really hurts but that's why they wound me so tight and then stitched me with red stitching in this leather coat of cowhide." "I have a tough hide."