Although Babe is so famously known for his exploits in the pin stripes of the Yankees he has also brought with his mystique the forever common knowledge he played and started his stardom becoming a baseball ghost of fortune for Boston Red Sox baseball.

George Herman Babe Ruth was an American original, baseball's first great slugger and the most celebrated athlete of his time. The southpaw hurler debuted with the Red Sox, winning 89 games in six years while setting the World Series record for consecutive scoreless innings

His personna, his kindred spirit of boyish wonderment and the way he approached and embraced life captured the hearts and imagination of not just a country but the entire sports World and baseball happened to be his game.

Here is a short but yet all emcompassing spectrum of the greatest name in all of baseball.

In the year of nineteen twenty (1920), the Red Sox bartered the Babes contract to the famous New York Yankees baseball team. That year, The Babe hit fifty-four (54) home runs. This was more home runs than any other American League entire team hit that season. The next year, he hit fifty-nine (59) home runs. Babe Ruth's baseball power hitting skill and friendly nature made him famous across the country and around the world.

The 1922 season started with the Babe in street clothes for the first week of the season ie Baseball History: Ruth's 1921 Suspension.

Baseball History: Babe Ruth's 1921 Suspension 2011 National League Most Valuable Player Ryan Braun of the Milwaukee Brewers is not the first star in baseball history to be suspended for league rules violations. New York Yankees great Babe Ruth was suspended for the first six weeks of the 1922 ...

Many people came to the Yankee games just because they wanted to see Babe Ruth play. He helped the team earn a great deal of money. The Yankees built a new baseball stadium. Even today, Yankee stadium is known as "the house that Ruth built." 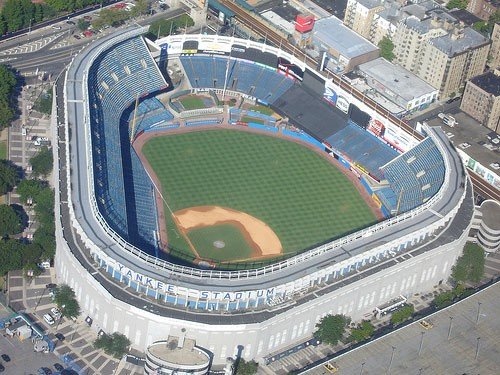 Babe in the game of baseball is what one might class as being a personage which was bigger than life for his personna lives on.

Candy bar (Baby Ruth), Legends proven and unproven, along with Baseball and Softball Playing Leagues have filled the years with the Legendary name of Babe Ruth.

The 13-15 year age group moved up and started playing on regulation sized playing diamonds. The baseball play at this age group grew like wild fire and in 1954 the Little Bigger League due to the blessing and good auspices of Babe Ruth's widow the playing league was officially changed to be known as the Babe Ruth League of Baseball.

As is often the case of our game of baseball it is a never ending saga of change in the rules/regulations and formation of Official League Names. One offshoot from the Babe Ruth League Baseball is growing and popular as Cal Ripkin Baseball.

Baseball structure and organizations never have been static and without changes so stand by for other changes which will come about as sure as we have little green apples. The life of Babe Ruth the baseball legend known as the Sultan of Swat is honored at the Babe Ruth Birthplace and Museum.

Visitors to Babe Ruth’s childhood home can see his bedroom, his catcher’s mitt and plenty of other artifacts, but for many the highlight will be seeing what is considered to be one of the most valuable and famous sports collectibles: the 1914 Babe Ruth rookie card (see images), which pictures the legendary slugger as a pitcher.

The Sports Legends Museum at Camden Yards, nearby and next to Oriole Park, displays more Babe Ruth-related artifacts as well as exhibits about Maryland sports history.

Anything needed other than saying BABE RUTH when telling of the Greatest Name In All Of Baseball History would be redundant.

The Babe was known and called by many nicknames but the most unique reference is what he was called by his teammates.

He had the most, and certainly, the grandest litany of nicknames in baseball history, including Babe, from being Jack Dunn's young superstar, his "babe". Ruth was also called the Bambino, the Sultan of Swat, the Colossus of Clout, the Wazir of Wham, the Maharajah of Mash, the Rajah of Rap, the Caliph of Clout, the Behemoth of Bust, the Blunderbuss, the Mammoth of Maul, the Mauling Mastodon, the Mauling Monarch, the Wali of Wollop, and the Prince of Powders. He was often introduced as "the Great and Powerful Babe Ruth".

To his teammates he was known simply as "Jidge".

Go Shopping Here With Baseballfarming For Convenience And Pleasure.